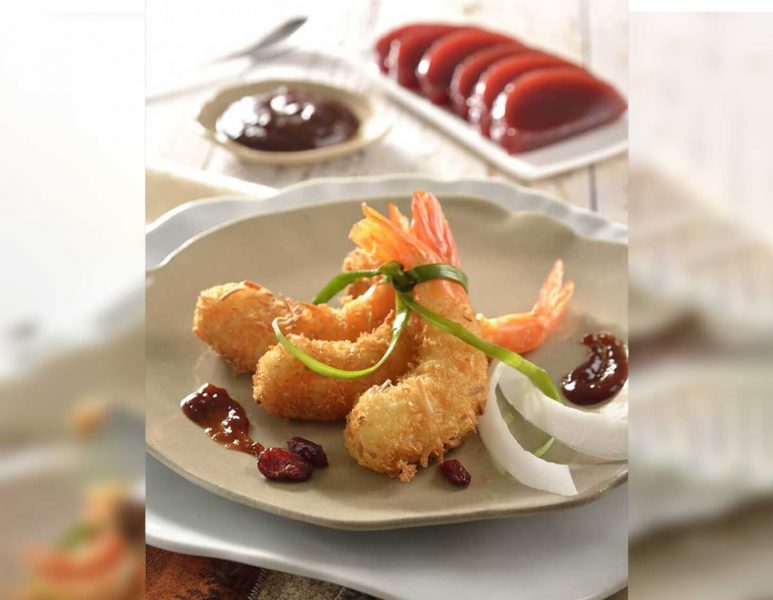 Cut open the peppers and de seed them for the sauce. Sear peppers for just a few seconds. Immerse seared peppers in water for a few more seconds. Dice onion and boil for 10 minutes.

Strain onions from boiling water and place in blender with other ingredients and blend. Pour mixture in saucepan and boil over low heat until slightly thickened.

Make a slight incision on the outer edge of the shrimp from about the top to the middle and peel without removing the tail.

Garnish with dried cranberries and enjoy.